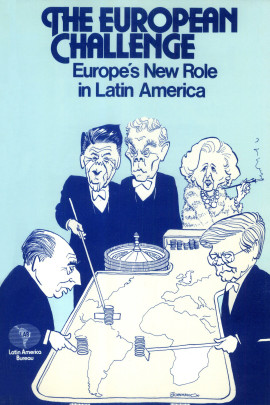 Europe's economic and political interests in Latin America have been growing steadily in the past decade. The United States remains the largest source of direct investment in the region, but Europe's share is substantial and increasing. Latin America has much to offer Europe as a vast potential market and a major source of raw materials. Politically, Europe has distanced itself from the policies of the United States toward the region, particularly with respect to the crisis in Central America. Many observers see European involvement in Latin America as a counterweight to the region's traditional dependence on the U.S.

The European Challenge sets out to examine these assumptions. It looks at variosu aspects of Europe's relations with Latin America: transnational investment, the role of the EEC, financial flows, European social democracy, human rights and arms sales. Through an analysis of the political and economic interests behind the European challenge, this book questions whether Europe can be expected to promote the kind of development in Latin America which will advance the cause of social and economic justice in the region.