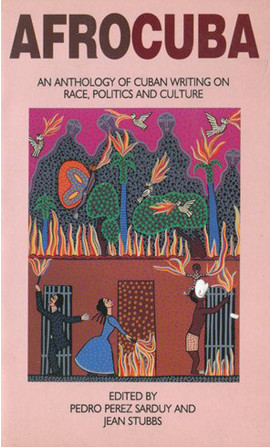 Anthology of Cuban Writing on Race, Politics and Culture

What is it like to be black in Cuba? Does racism exist in a revolutionary society that claims to have abolished it? How does the legacy of slavery and segregation live on in today’s Cuba?
Essays, poetry, extracts from novels, anthropological studies and political analysis are brought together by editors Jean Stubbs and Pedro Pérez to create an outstanding anthology of Cuban scholars, writers and artists. Drawing on an extensive knowledge of Cuba, the editors have produced a multi-faceted insight into Cuba’s right ethnic and cultural reality.
The book is divided into three sections: The Die is Cast, Myth and Reality and Redrawing the Line, introducing the reader to a wide range of previously unavailable Cuban authors, in which dissenting voices speak alongside established writers, such as Fernando Ortiz.

Acknowledgements and note on terminology
Introduction: 'The rite of social communion by Pedro Perez Sarduy and Jean Stubbs
For a Cuban integration of whites and blacks by Fernando Ortiz
Part 1: The die is cast
Part 2: Myth and reality
Part 3: Redrawing the line
Notes on contributors 287
Glossary 29'7
Bibliographical note 303
Index