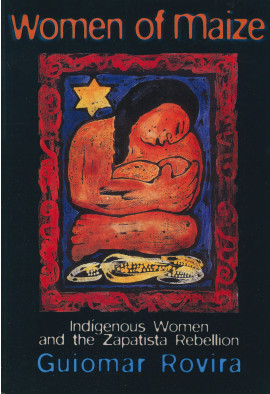 Indigenous Women and the Zapatista Rebellion

Many aspects of life have changed little since colonial times in the cloudy, misted highlands of the southernmost state of Mexico. In Chiapas women still marry at 13, and are often sold for a few bottles of liquor or a cow. On New Year's Day 1994 Chiapas was brought to the attention of the world by a very modern insurrection by the Zapatista National Liberation Army (EZLN). Since the beginning women were integral to the rebellion and later the movement for social justice in Chiapas and Mexico. In this volume the women of Chiapas tell of their hopes and their struggles, and their fight for a more democratic and humane way of life in their state and their country. The account discusses the lives of indigenous women in the state. Personal and testimonial in style, the women interviewed recount their lives as women in their communities and also their part in the struggle to establish and defend the EZLN.
Prelims - Women of Maize (Title Page, Copyright Information, Contents, Map)
1. The Zapatista uprising: the story so far…
2. Settling the forest
3. Dawn in the Zapatista forest
4. Of love, marriage, children and war
5. The women organise and become politically aware
6. The Zapatista support base
7. Everyday life in Los Altos de Chiapas
8. Tzeltal women in the forest
9. The Indigenous Clandestine Revolutionary Committee
10. The dialogue on indigenous women
11. Our hearts are set free
Back Matter - Women of Maize (Glossary, Facts and Figures, Further Reading, Zapatista Timeline)