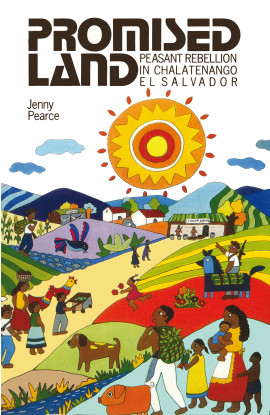 Jenny Pearce crossed the front line in El Salvador to collect oral histories from the people living under bombardment in Chalatenango, an area controlled by the FMLN guerillas. Promised Land traces how, despite 50 years of systematic and brutal repression, the peasants began to organize themselves. In the face of growing landlessness and misery, they formed a union in the 1970s to fight for cheaper credit, lower rents, and better wages on the plantations. Together with other labour organizations, they created one of the best organized and most combative popular movements in Latin America.

When the deepening political crisis led to civil war this provided the foundation for the guerilla army and the civilian administration of the area controlled by it. Here the peasants were able to elect councils, to run health and education programmes and to organize production - for the first time to realize the potential of their lives. Under US tutelage, the Salvadorean army has responded with bombings, and terrifying invasions. Promised Land vividly portrays these events with photographs and the words of people directly involved. It provides the background to understanding current events and where solutions may lie for the people of El Salvador.