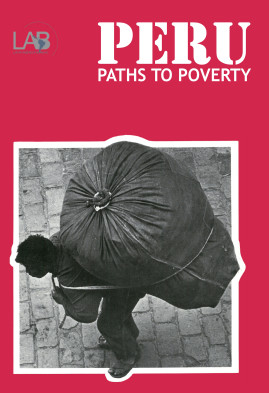 Peru has changed dramatically over the last twenty years. Industrialisation has further marginalised the Andean peasantry from national life but provided minimal gains for the millions of newly-urbanised poor. The country's economy, historically disadvantaged in the world market, has entered into a profound crisis for which the civilian government has provided no solution. For the great mass of Peruvians democratic government, regained in 1980, has given certain liberties but no escape from the horrendous cycle of poverty.
Peru: Paths to Poverty traces the background to the present crisis, surveying the historic exploitation of the country's resources for the benefit of foreign capital and the local ruling class. It analyses the promise and limitations of the reformist military government of General Velasco (1968-75) and studies subsequent political developments, through the election of Fernando Belaunde's government to the resurgence of the left in the municipal elections of 1983. Outlining the government's attachment to monetarism and its debilitating effect on living standards, this special brief also considers the emergency of the Sendero Luminoso rural guerrilla.

Terrorism and the marxist left: Peru's struggle against Sendero Luminoso

Sendero Luminoso and the Peasantry of Andahuaylas