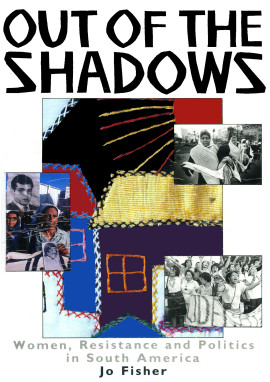 Out of The Shadows

Since the early 1970s the lives of South America's women have been transformed by military rule. In Argentina, Chile, Uruguay and Paraguay, women were at the forefront of the opposition to dictators such as Chile's General Pinochet and Paraguay's Alfredo Stroessner. New "social movements" of shanty town and peasant women set up their own organizations, expanding into the vacuum left by the military's destruction of the old, male-dominated left. Built around traditional female concerns such as keeping their families fed and healthy, the new women's movements nevertheless has a seismic impact on gender consciousness throughout the region. Coming together in communal kitchens, trade unions, groups of relatives of the disappeared, or as landless peasants, women ended the isolation of home life. Along the way, many became conscious of discrimination against women, at the hands of both the state and their partners and husbands. They developed a form of grassroots feminism far removed from the middle-class feminism of the city centres. Since the downfall of the military regimes, the women's movement has had difficulty adjusting to the shifting sands and deceptions of civilian politics. Yet it remains a source of hope and new ideas in the effort to build a new, democratic left in South America. This work presents their story, told by the women themselves.
Prelims - Out of the Shadows (Title Page, Copyright Information, Contents)
1. Introduction - Out of the Shadows
2. Chile: 'The Kitchen Never Stopped'
3. Uruguay: Hard Labour
4. Paraguay: Breaking the Rock
5. Argentina: 'Where are our Children?'
6. Argentina: The Home Front
7. Chile: 'Democracy in the Country and Democracy in the Home'
8. Conclusion - Out of the Shadows
Back Matter - Out of the Shadows (Countries: In brief, Acronyms, Further Reading, Bibliography, Index)