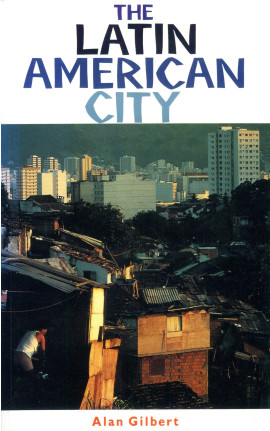 Since the 19S0s, Latin America has been transformed from a rural to an urban society. The region now contains some of the world's biggest cities, headed by Mexico City with its 20 million inhabitants. In all but five Latin American countries, more people now live in towns and cities than in the countryside. This mass movement from country to city has put enormous strain on the infrastructure and services of cities such as Bogota and Caracas. Conditions continue to worsen as governments cut back social spending in their structural adjustment programmes.
The Latin American City looks at the region's urban explosion from the perspective of the poor. It asks why people are attracted to the city and examines the underlying problem of rural poverty which fuels the exodus. It explores the options open to those arriving in the city and the strategies used in order to acquire land and build a home. Highlighting the role of the informal sector in urban survival, it also explains how popular organisation and protest can result in improved living standards for the poor.
Prelims - The Latin American City (Title Page, Copyright Information, Contents)
1. The Urban Landscape
2. The Growth of the Latin American City
3. The Move to the City
4. The World of Work
5. Housing Strategies
6. Urban Management
7. Urban Protest
8. The Future of the City
Back Matter - The Latin American City (Bibliography, Index)